Conversion Kings (‘CK’) provides online marketing consulting services, including a/b and multivariate testing services, website analytic interpretation, heat mapping, measurement planning, marketing and customer and website investigations & shopping cart abandonment technology, website acceleration and customer surveys. CK has access to many advanced online technologies and methodologies that can be tailored to your organisation thereby adding true value to your online function. In addition to traditional digital consultancy, CK is able to offer implementation through their partner network for all your digital needs.

Our consultants are required to treat your company information as confidential and have signed an agreement to that effect.

We adhere to good governance policies, including Equal Opportunity provisions and will not discriminate by gender, sexual preference, ethnic origin, religious or union affiliation.

The Intellectual Property pertaining to Conversion Kings documentation, process and methodologies for consulting work completed by our consultants, partners and associates will remain the property of CK, unless other arrangements have been agreed in writing prior to the commencement of any assignment.

It is understood that information shared with a CK consultant may be shared where appropriate with a CK partner who is bound to confidentiality. We take the security of your business information seriously and will only share only necessary information with our approved consultants partners and associates that are actively working on your account. CK will keep a record of who have had access to your information that will be available on request at [email protected]

If we are using your premises you must provide a suitable and safe workplace that complies with the relevant occupational health and safety laws. You must also provide any supervision, instruction and training necessary to ensure that safe work is performed by our consultants including any information and protective equipment relating to hazardous substances.

We will jointly agree on the provision of any training, equipment or workplace changes necessary for the safe performance of services. You will notify CK and any relevant authorities immediately of any work related incidents or injuries affecting consultants.

You acknowledge that we have mutual obligations in ensuring the health and safety of our consultants and staff. You agree that we may visit your workplace from time to time to review safety arrangements of our staff. You agree to make any appropriate changes to reduce the risk of accidents in your workplace.
Cancellation or Postponement of Assignment
If an assignment is postponed or cancelled by you after the assignment planning has commenced and specific costs have been incurred you will pay a fee relating to any or all of the following: airfares; accommodation; preparation work; material expenses or any other expense deemed reasonable in relation to this specific assignment.

Assignment details and fees charged will be confirmed in writing prior to the commencement of an assignment and authorised by you. Invoicing is upon signing of the order and payments are to be made in full prior to work commencing. All payments under our Terms of Business shall be made in cleared funds, without any deduction or set-off, and free and clear of and without deduction for or on account of any taxes, levies, imports, duties, charges, fees and withholdings of any nature now or hereafter imposed by any governmental, fiscal or other authority except as required by law.

We understand that careful planning cannot foresee every possible task required to fulfill a client’s objective due to the size and dynamic nature of technology and people. Conversion Kings acts in the best interests of the clients and will accommodate additional work to no more than 5% of allocated time. The clients will be notified when work has been completed that is outside of scope and with active communication will be made aware when other expenses will need to be incurred.

Additional expenses such as equipment hire, software, development, travel and accommodation expenses and consulting materials outside the normal range of service delivery will be invoiced at cost. Approval will be sought before any expenses over $100 are incurred.

Fees quoted are inclusive of Goods and Services Tax (GST), unless specified otherwise in the fee quote. Where applicable, GST shall be invoiced as part of our normal tax invoice for services and you agree to pay the GST as invoiced to you.
Limitation of Liability
To the extent permitted by law, CK liability for negligence, breach of contract or breach of Statute or Regulation, including implied warranties, shall be limited to the resupply of the services or the cost of having the services resupplied by a third party. If resupply is not appropriate or possible, CK liability shall be limited to the cost of the services provided to you by CK and you agree that our liability does not extend to punitive or exemplary damages or consequential or indirect loss, including but not limited to loss of profits.

The nature of testing will see that your website performance or sales, leads and or engagement may reduce. By signing these terms and conditions you accept that CK, its partners, associates and or consultants will not be held responsible or liable for loss not limited to but including revenue, customer acquisition, customer data, customer communication.
Money back guarantee
CK money back guarantee refers to refunding one “Monthly Optimisation” fee if CK fails to increase the clients conversion rate.

As with the nature of measurement, there are a number of areas of analytics that can be classed as the “Conversion Rate”. The conversion rate that will be used as reference for the “Money Back Guarantee” must fulfill all of the following criteria.

A party is not liable for failure to perform the party’s obligations if such failure is as a result of Acts of God (including fire, flood, earthquake, storm, hurricane or other natural disaster), war, invasion, act of foreign enemies, hostilities (regardless of whether war is declared), civil war, rebellion, revolution, insurrection, military or usurped power or confiscation, terrorist activities, nationalisation, government sanction, blockage, embargo, labor dispute, strike, lockout or interruption or failure of electricity or telephone service. No party is entitled to terminate this Agreement in such circumstances.

If a party asserts Force Majeure as an excuse for failure to perform the party’s obligation, then the nonperforming party must prove that the party took reasonable steps to minimize delay or damages caused by foreseeable events, that the party substantially fulfilled all non-excused obligations, and that the other party was timely notified of the likelihood or actual occurrence of an event.

This Agreement cover phase 1 and 2 deliverables and continues for 12 months from the commencement date of this phase 3 (01/09/2019) within this Agreement (the Term) unless terminated earlier in accordance with the terms of this Agreement and, subject to the Client’s continued compliance with each and every provision of this Agreement, at the conclusion of the Term this Agreement will automatically renew for a further term of 12 months unless either party provides written cancellation to the other party 30 days prior to the end of the Term or any further term. If actual hours exceed this allocation plus 10%, excess will be charged at Conversion Kings’s usual hourly rate. Hours can be rolled over for 1 month max.

If either party requires a change to any part of this proposal, that party must (at its own cost) issue to the other party a change request in writing in respect of each change, the change of which must be accepted or rejected in writing by the other party within 10 business days of the date of the request, the change of which may result in Client paying additional fees to Conversion Kings as determined by Conversion Kings.

If the Client defaults in the payment of any money payable under this Agreement for a period of more than 10 business days, Conversion Kings may suspend performance of its obligations under this Agreement until such time as all payments due are paid in full and charge interest on the amount overdue at the rate of 9% per annum.

Each party must bear its own costs and expenses arising out of and in connection with the negotiation, preparation and execution of this Agreement.

The parties acknowledge and agree that Client’s business is independent from the business of Cconversion Kings and this Agreement does not constitute, and shall not be interpreted as, an agency, partnership or joint venture between Client and Conversion Kings.

Neither party will be liable for a failure or delay in performing its obligations under this Agreement to the extent that such failure or delay is caused by or arises from any circumstance (other than the payment of moneys due) which is beyond the reasonable control of a party (including but not limited to any act of God, natural disaster including flood, fire or shortage of raw material, strike, lockout or other industrial action boycott, trade embargo, declaration of war or other governmental action).

Either party reserves the right to terminate this Agreement if the other partyhas an order made or resolution passed for its winding up, has a receiver appointed to investigate its affairs, becomes insolvent (in the sense that it is unable to pay all the person’s debts, as and when they become due and payable), has a liquidator appointed to administer its affairs, or enters into any composition or arrangement with its creditors generally or any class of them.

Client acknowledges and agrees that Conversion Kings may sub-contract the performance of any of its obligations under this Agreement, including the provision of all or part of the Services.

Each party will promptly execute all documents and do all things that another party from time to time reasonably requires of it to effect, perfect or complete the terms and conditions of this Agreement and any transaction contemplated by it.

This Agreement may consist of a number of counterparts and, if so, the counterparts taken together constitute one and the same instrument.

Text us now Call us now 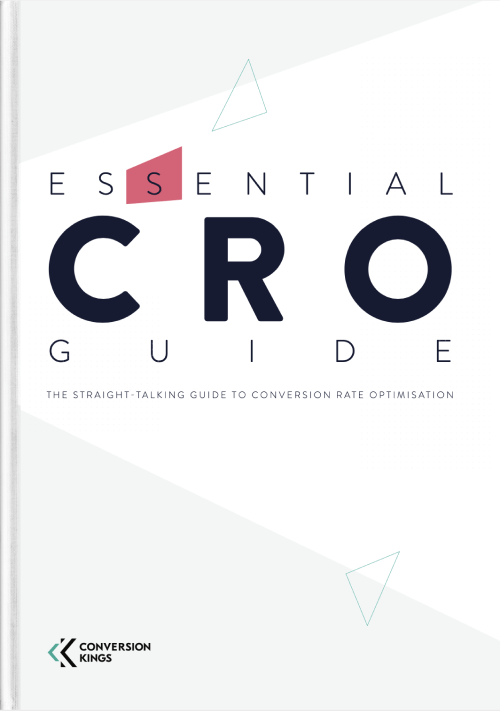