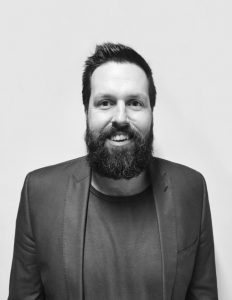 CK Recognised in the Top 100 list of Coolest Companies.

It feels so cool to be cool! In February 2019, the Australian Anthill Cool Company Awards recognised Conversion Kings as being one of the Top 100 coolest companies in the country.

The Award applications were assessed by an independent judging panel, including but not exclusive to experts in business development, venture capital, intellectual property, and industrial design, in addition to serial entrepreneurs and representatives from sponsor organisations. Judges were also required to declare any conflicts of interest.

From over 700 nominations that were received for 2018, the most impressive posse was selected as Anthill’s Top 100 Coolest Companies in Australia.

In case you think we’re simply bragging, Anthill is one of Australia’s largest online communities for those daring to dream, innovate, action and grow. According to their website, “Previous winners have included two-person start-ups, not-for-profit social enterprises, large private companies and publicly-listed corporations. Coolness is not about size.”

But what makes a company “cool”? According to Anthill founder James ‘Wild Thang’ Tuckerman, “cool” companies are “remarkable” companies.

In other words, they are worthy of being talked about.

“They can be amazing, innovative, one-of-a-kind,” said Tuckerman. “They can be all those things. But what sets cool companies apart is that they are, by their very nature, worthy of being ‘remarked’ about.”

Conversion Kings won an Honourable Mention amongst the Top 100 in both Innovation Awards and Savvy Service Provider. We were absolutely stoked! Who wrote this blog. I have spent 18 years in marketing, these years have been equally focused on Consumer and Business Marketing, Marketing Strategy, Product Marketing, Retention CRM and Commercial Marketing roles. At Conversion Kings I bring this experience to the Client Services Team where I manage our Data Scientists, Data Analysts and Account Managers. I am focussed on delivering the best possible customer experience for our clients and developing long term partnerships.
Text us now Call us now